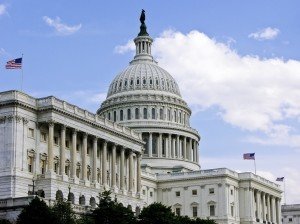 Posted at 13:19h in Finance by Kelly Anderson

A group of bipartisan senators has introduced legislation to expand the historic tax credit (HTC) and encourage the redevelopment of smaller projects.

The Historic Tax Credit Growth & Opportunity Act (S. 2615) would create a new 30% credit for projects that cost less than $3.75 million while maintaining the existing 20% credit. Credits are capped at $750,000 for smaller projects.

In addition, the bill lowers the threshold the cost of a project must meet to be eligible by eliminating the basis-adjustment requirement, which will increase the value of the credit and bring the HTC in line with other credits such as the low-income housing tax credit. The changes are expected to making coupling the different credits more appealing, according to supporters.

“This bill and its companion in the House will make a number of improvements to an already effective program,” says Bill MacRostie, senior partner at MacRostie Historic Advisors in Washington, D.C. “Arguably, the historic tax credit program has been used to a greater extent in large and medium-sized cities, so the provisions in the bill aimed at smaller projects should be particularly effective in spurring small town main street revitalization activity.”

It also expands eligible renovation projects by decreasing the rehabilitation investment threshold from 100% to 50% of the project’s expenses. Project expenses would only have to exceed half of the project’s cost to qualify for the credit. It also amends rules for tax-exempt entities—such as health-care centers, arts organization, community services, and workforce training providers—to allow better access to the credit.

He was joined by Sens. Ben Cardin (D-Md.), Susan Collins (R-Maine), and Maria Cantwell (D-Wash.) in introducing the bill.